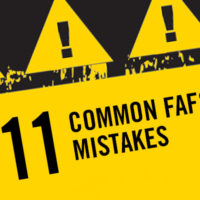 By Lynn O'Shaughnessy on December 19, 2016 in Applying, Financial aid, Money

If your child will be heading to college next fall, you should be tackling the Free Application for Federal Student Aid and, if applicable, the CSS/Financial Aid PROFILE now.

While filing for financial aid is extremely important, it is incredibly easy to make mistakes which can hurt your family’s ultimate awards.

In this post, I’m sharing 11 FAFSA mistakes to avoid. Some of the mistakes may seem obvious, but others will probably surprise you.

This one might seem puzzling. After all, parents should know who lives unde 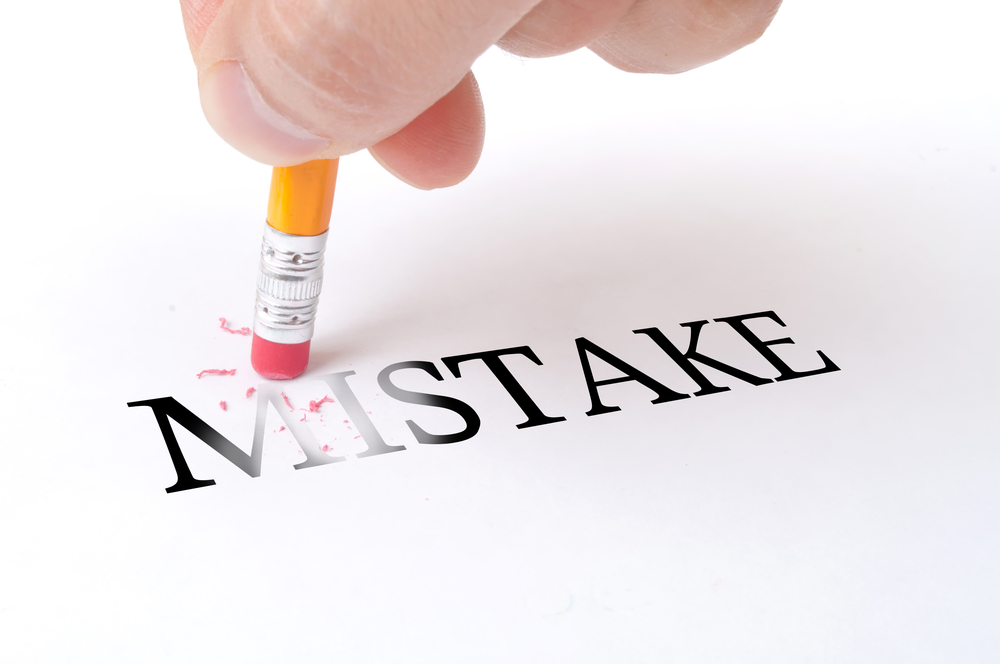 r their roof, but it’s not that easy. Here are some reasons why:

If a stepparent has children from a previous marriage those children could potentially be included in the household size even if they don’t live in the residence.

They would qualify as household members if the parent provides more than half of his or her support and will continue to do so during the financial aid award year.

A parent should also include an unborn child on the FAFSA, if the baby would be born before the end of the award year and will receive more than half of the support from the student or parent. There must be medical documentation of a current pregnancy.

Parents can also include other relatives, such as grandparents, grandchildren or aunts or uncles, if they currently live in the household.

Parents also wonder if they can include older children who are now in graduate school when reporting household size.

You can include these grown children in the household size if you are providing more than half of their support.  Keep in mind that student aid, including scholarships and loans, will count as student support so this is a higher hurdle than you might assume.

2. Not filing the FAFSA.

Many parents assume that they won’t qualify for need-based aid so they don’t even bother wrestling with the form. This can be a huge mistake because families often have no idea whether they will qualify for financial assistance.

Parents will sometimes wonder if they should not seek financial aid for their child’s freshman year but make the request before the child’s sophomore year. They assume that this might help them get into the school and then seek aid once the child has a year under his/her belt.

I once had a parent, who had saved $70,000 for a private college education, ask me about that approach.

I told him that delaying the request for aid until the second year would be a poor idea. What if the child received a mediocre package that was simply stuffed with loans for her second year of college? And this could happen because schools abhor this kind of behavior.

Can you imagine parents having to tell a child that he/she will have to leave for a cheaper school because they can’t afford it?

When parents need financial aid, they should apply up front.

It’s easy to make this mistake because for much of each year, two different FAFSA forms are available on the federal government website. I have heard from plenty of parents who filed the wrong FAFSA.

Parents who are submitting the FAFSA for the school year that started this fall should have used the 2017-2018 FAFSA. This would also include students who are starting college in January, 2018. The 2018-2019 FAFSA can be filled out through June 30, 2019.

When my son started graduate school in mid June 2014, he had to complete the 2013-2014 FAFSA. If the summer school had started on July 1, he would have completed the 2014-2015 FAFSA because that is the date when the new federal financial aid season starts every year.   If you are confused about which form to complete, ask a school what application to use.

The FAFSA asks about the student and parents’ investments, but you should NOT include any qualified retirement assets such as Individual Retirement Accounts, 401(k)’s, 403(b)’s, KEOGH, SIMPLE, pension plans and annuities.

The FAFSA is interested in your non-retirement accounts, which would include checking and saving accounts, brokerage accounts that could include mutual funds, individual stocks and bonds and certificates of deposits.

It’s also critically important to report 529 plan savings as a parent asset. If you report this money as the child’s assets, the financial aid formulas will treat this more harshly. 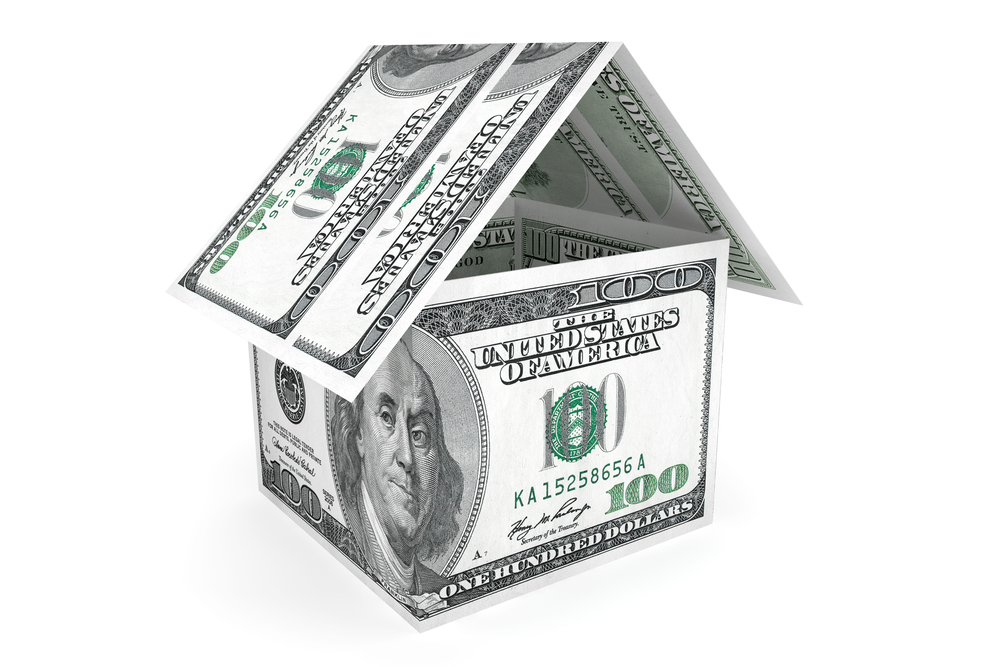 Parents should also not include equity in their primary home on the FAFSA. Families, however, must report the equity of other real estate.

The federal government is very picky about the names that filers share on the FAFSA. Students and parents must provide the legal names that are on their Social Security cards.

7. Not expressing an interest in a work-study job.

A student who says he is interested in a work-study job on the FAFSA isn’t obligated to obtain one later, but students need to answer in the affirmative to be eligible. At some schools, most or all of the campus jobs are reserved for students eligible for work-study.

For parents who are considering lying on the FAFSA in hopes of getting financial aid, it’s not only a bad idea, it’s a crime. The federal government selects one-third of FAFSA filings for verification each year and colleges may select additional aid applications for review. In fact, some colleges verify 100% of their applications.

Lying on the FAFSA can generate fines of up to $20,000 and up to five years in prison. Also the family could face repaying all their financial aid.

Families are permitted to list up to 10 schools on the FAFSA. If a parent or child fails to include any schools, these institutions will not receive the financial information that the FAFSA generates. And that means the student wouldn’t be eligible for need-based aid from an overlooked school.

If you are applying to more than 10 schools, the parents can add additional names after they have received their electronic Student Aid Report (SAR) from the federal government.

It’s easy to make this mistake if a parent’s marital status has changed. The FAFSA requires that parents note what their marital status is as of the day the FAFSA is filed. So if the parents were married in 2016, but they separated by the time the 2017 FAFSA was filed, the financial aid form should state that the parents are separated.

This rule is different from what the IRS expects. In this same example, the estranged parents would file their federal income taxes for the 2016 calendar year as a married couple.

11. Not knowing who should file the FAFSA

Who should file the FAFSA may seem like it should be straightforward, but it often won’t be. Here is the breakdown of the rules about who should file:

If you are part of a traditional family — married husband, wife and kids – it’s easy to answer who completes the financial aid forms. Both 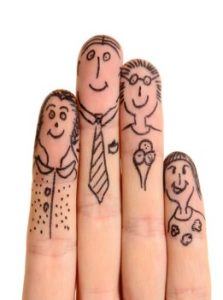 parents will share their financial information on the FAFSA.

A Parent Has Died

If a parent dies during the year, do not include his or her financial information on the FAFSA. If the parent has died after filing the FAFSA, contact the school immediately with this information.

If you are divorced, the ex-spouse who has taken care of the child the majority of the year will continue to complete the FAFSA. You are considered the custodial parent, with the responsibility of completing the FAFSA, based on where the child has physically lived during a 12-month period ending on the day the FAFSA is completed.

Separated parents don’t have to be “legally” separated to be treated the same as divorced couples, but they can’t be living in the same residence.

Here is a post that I wrote about a California teenager of divorced parents that will give you some examples of divorce strategy:

Here is a video I did awhile ago on this subject:

A federal rule requires that married, single-sex partners must both include their financial information on the FAFSA. To reflect this change, the FAFSA will now ask for information for “Parent 1″ and “Parent 2.” In the past, only the biological parent had to share his or her assets and income.

What if the single-sex couple is not married? Both partners will have to submit financial data if one of them has adopted the other partner’s child. If a partner has not adopted the child, only the biological parent will complete the FAFSA.

If the student is living with a legal guardian, such as a grandparent or an older sibling, the student is considered an independent student. The federal government does not consider a guardian (or foster parent) a parent. As such, the student will only include his or her information on the FAFSA.

Any support a legal guardian or foster parent gave to the student should be reported on Worksheet B as the student’s income.

I will be holding my next online class – The College Cost Lab – in late September or early October. If you want to be among the first notified when I have more details, click here.

One Response to 11 Common FAFSA Mistakes