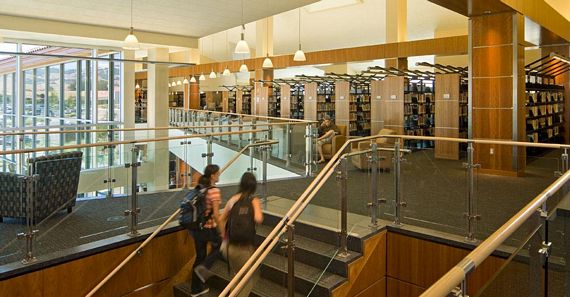 NOTE: I will be giving an all-day college workshop for parents of teenagers on Saturday Oct. 15 at the University of California, 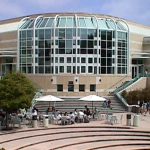 San Diego, that will focus on empowering parents and teenagers to make smart decisions on selecting colleges and making them more affordable. You can learn much more by visiting my landing page devoted to The Ultimate College Workshop. Sign up today!

Every year, I love to dig into the latest issue of The Chronicle of High Education‘s almanac. While I cover the higher-ed world, some of the statistics that I find in the issue stun me each year. For instance, I certainly didn’t know this: 9.4 percent of all college students attend community college in California. This is not a typo!

Today I’m sharing some of the latest higher-ed statistics that you might find surprising:

2. One of the fastest growing degrees is in park, recreation, leisure, and fitness studies. During a 10-year period, the number of students earning degrees in this major (31,667) jumped 92 percent.

3. Among common majors, education experienced the biggest drop in interest among undergrads. In a 10-year period, the number of students earning an education degree declined 5 percent.

4. Only 0.4 percent of undergraduates attend one of the Ivy League schools. This confirms my long-held belief that way too much attention is paid to these eight institutions.

5. Twenty three percent of full-time undergrads, who are 24 or younger, work 20 hours or more a week.

6. Asian students (12 percent) are the least likely to work 20 or more hours a week.

7. About 9 percent of students attend flagship universities and other state institutions that conduct intensive research.

8. Seventy three percent of students attend all types of public colleges and universities.

12. Nineteen percent of college freshmen hope to earn a Ph.D., and 10.2 percent would like to become a medical doctor.

15. Less than one third of Americans hold at least a bachelor’s degree, but at least 30 percent of adults in 16 states—mostly on the coasts—have earned a bachelor’s degree or higher. The three interior states among the 16 are Utah, Illinois, and Minnesota.

16. Between 1999 and 2009, undergrad enrollment at for-profit schools soared 539 percent compared with 32 percent for public institutions.

18. About 3 percent of all undergrads are veterans and 1 percent are on active military duty or in the reserves.

19. Twenty percent of all first-time undergraduates take at least one remedial course.

20. Nationwide the number of high school graduates is expected to grow 10 percent in the next 10 years. The northeastern states will experience declines in growth, while high school grads will grow by 24 percent in both Texas and Florida.