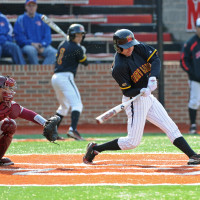 By Lynn O'Shaughnessy on August 13, 2014 in Admissions, Applying, Money, Scholarships

To learn more about the recruiting process, I talked with Avi Stopper, a former college athlete and a co-founder of CaptainU, which could be called an athletic LinkedIn that helps student athletes to connect with athletic coaches.

Stopper, who is a former men’s soccer coach at the University of Chicago, launched CaptainU when he was in the school’s MBA program. Over the years, hundreds of thousands of high school athletes, college coaches, youth coaches, and events have used CaptainU to get organized, promote themselves, and get noticed by others in the youth and college sports world.

Here are a few of Stopper’s main take-home points during my interview with him:

1. Rather than focusing upfront on athletic scholarships, student-athletes need to look for schools that would be good fits academically and socially.

2. Students should ask themselves this question: If I broke my leg and couldn’t play my sport anymore, would this be a school I’d want to attend?

During our conversation, Stopper suggested that parents and student athletes should read a sobering 2008 story that ran in The New York Times regarding athletic scholarships. Here is the link:  Expectations Lose to Reality of Sports Scholarships

6 Responses to An Inside Scoop on Athletic Recruiting