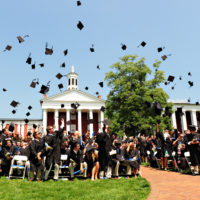 By Lynn O'Shaughnessy on August 22, 2016 in Academic majors, Academics, Grades

Will your children graduate from college?

And will they graduate with their declared academic major?

These are critically important questions that families routinely overlook. Unfortunately, families focus primarily on getting into college and not on whether their children will actually succeed and obtain a bachelor’s degree.

Too often students fail to graduate. Or they fail to earn a degree in their initial major.

A  new ground-breaking program by Educate to Career, which uses massive amounts of ACTUAL government data to access college-degree attainment, provides a sobering look at what is really doing on with college-degree success in this country.

Courtesy of Educate to Career, here are some sobering statistics:

For the vast majority of families, understanding the probability of graduating and graduating with a specific major is infinitely more valuable than college rankings. That is why I’d urge you to take a look at ETC’s College Graduation Probability Program.

The probability program calculates the chance of success in graduating from a public university within five years for a student who has selected an academic major. It asks for these inputs:

Below is a screenshot of what you’ll see when using the tool. For some majors, the program also asks for the GPA in a relevant subject area. 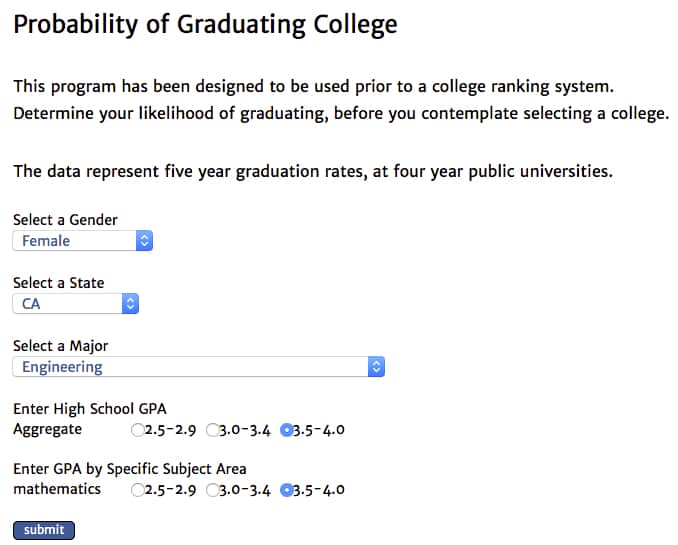 Not surprisingly, the higher a person’s high school grade point average, the greater the chance of college success. What’s also crucial though is a student’s choice of academic major and the grades that the high school student received in the most relevant subject area.

Gender and the state where a child resides are also factors in academic success.

Below you’ll see the result of a young woman from California whose overall high school GPA was in the 3.5 – 4.0 range. Her grades in math, which you won’t see in the example below, fell into that same GPA range. Her chances of graduating from college is 74.4%.

Interestingly enough, a young woman from Arkansas with the same academic profile and an interest in engineering would only have a 64% chance of graduating from college within five years.

While there has been a great focus in this country in getting more students to attend college, there has been alarmingly less attention on whether students will end up earning a degree. For the low-performing students, the choice of major can be critical.

In this example, I looked at a weak male student from New York who wanted to major in business or psychology. The chances of success were significantly better for a psychology major. 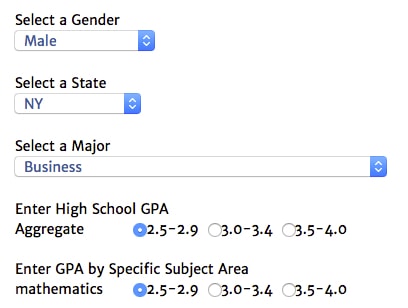 The odds of graduating from college within five years when starting out as a business major would be just 27.8%. 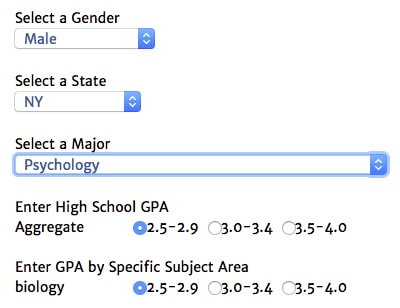 When starting out as a psychology major, the odds of graduating from college within five years would be 48.2%.

You can use the probability tool for free to obtain the odds of graduating with a bachelor’s degree with any student’s profile. If you’d like to know the odds of the student graduating with his or her declared major, it will cost $25 for this premium data. Based on the information provided, you would also discoverwhat academic majors that students with the same GPA range, initial major and gender actually obtained.

For instance, for the young California woman, who hoped to graduate with an engineering degree, here is a breakdown of what happened to female students with the same profile:

How to Use the Tool

Unfortunately, many students and parents have unrealistic notion’s about a child’s academic abilities. Plenty of students say they want to major in engineering because of the potential for higher salaries despite their weakness in math and sciences. This tool can provide a wake-up call.

You can use the graduation probability tool to:

Where the Data Comes From

The data set for this graduation probability program was developed by pulling data from a variety of government agencies and assimilating it into a common database which includes millions of graduate over the past four years. A private company, Job Search Intelligence, created the methodology and algorithms to tease out the data.

Paul Hill, the president of Job Search Intelligence, says he has a small group of computer science PhDs from MIT and Carnegie Mellon working at the firm who relish pulling back the curtain on what’s really happening with college outcomes. Schools love to advertise with glossy brochures and slick websites, but the reality of what happens at these schools can be far less rosy.

The firm teamed up with Educate to Career, a nonprofit, to provide families with information about colleges, majors and salary outcomes that you can’t find elsewhere. Educate to Career relies on significantly more data points than any other source that I’m aware of. Job Search Intelligence uses dozens of data sources from such places as the Census Bureau, Bureau of Labor Statistics, U.S. Federal Reserve, and National Center for Education Statistics when generating its college statistics.

You can learn more about this site here.

The main reason why you can’t find this information elsewhere is because there has been tremendous push back from the higher-ed industry, and particularly private colleges and universities, to make this sort of revealing information unavailable.

While Congress has forbidden the U.S. Department of Education from releasing relevant post-college salary figures for graduates from specific colleges, the folks at ETC and Job Search Intelligence relish filling this shameful information void.

One Response to College Majors and Graduation Odds