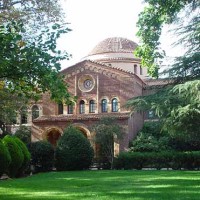 By Lynn O'Shaughnessy on April 19, 2013 in Uncategorized

In my last post I wrote about a teenager who applied to five Ivy League schools and didn’t get in. Tufts University, the teen’s top choice, also rejected her. For all the teenagers out there who believe they must go to an elite school to ensure an excellent future, there is hope. I firmly believe that it’s not the school that you go to or the major you select, but what you do at whatever school you end up attending.

But what about employers? you may be thinking. Some people insist that employers only want grads from the most elite schools. I think that is a canard.

To refute the belief that career success hinges on getting into schools that reject nearly everyone, I’m sharing the comments of a woman named Mary, a foreign affairs specialist from Fairfax, VA, who is also a recruiter for a federal agency. (She can’t divulge her full name or the agency where she works.). She posted this comment on my  college blog last April, but I think it’s worth resurrecting.

I hope everyone reads what Mary has to say below because I find it extremely encouraging for smart students everywhere. – Lynn O.

Perspectives of a Job Recruiter 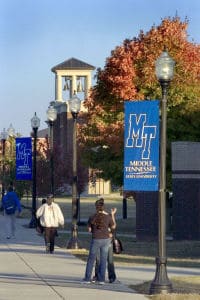 I am involved in recruiting for a very selective federal agency. Our jobs require very high level skills, including a minimum of a master’s degree. Most people I work with are brilliant. They get their jobs here by passing a rigorous entrance test on knowledge of foreign affairs, foreign language aptitude, writing samples, oral exam (to determine presentation skills), quantitative skills, and a psychological battery.

We have people from famous and not-so-famous colleges. We have smart people from every type of college you can imagine — people from Middle Tennessee State University working alongside people from Harvard. And guess what? They’re all doing the same work with great enthusiasm, smarts, and capability.

Where You Got Your Degree

It matters not at all where they got their degrees but rather what they did with their time in the colleges they did attend. It matters what kind of person they are, how persistent they are, how hard they work, how creative they are, and how they present themselves.

Sometimes recruits from the big state schools have the greatest persistence and deal the best with bureaucratic issues, because to survive and thrive in their schools, they developed that set of skills. Many of the folks from small liberal arts colleges of any level of selectivity are our most creative and insightful employees. 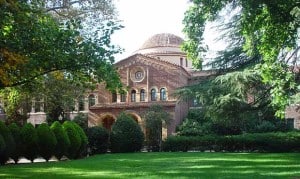 Sometimes the poor kid who had to pay his way through Chico State has the most pluck and is the most driven. These types of employees are sometimes the most successful of all, because they are used to working hard from the get-go and did not come by anything in life through their dad’s connections. They have no sense of entitlement, so are willing to get their hands dirty for the mission.

Diversity Valued in the Workplace

We don’t want all of our employees to be from one social background, one socio-economic strata or one racial background. We need and thrive on diversity — it is absolutely essential to our agency’s success and to our country’s success. Most companies recognize this, and thus do not only recruit from name-brand institutions. 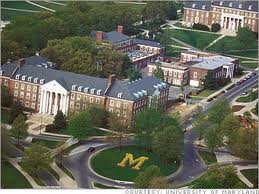 There are so many successful people in my workplace and similar ones who did not go to “name brand U.” In fact, I work with a number of highly successful University of Maryland graduates, some of whom did just what Ms. O’Shaughnessy is claiming here is true — turned down more prestigious private schools to attend UMD’s honors program because the price was right. They said they had small, intimate classes with exceptional peers and fantastic professors.

In my opinion, these parents will be making a very silly mistake to mortgage their future to send their child to a name-brand college for undergraduate studies. If anything, save that for the graduate level, when there are fewer credit hours to carry and at a level where the reputation is more important.

Save Your Money for Grad School

As an undergraduate, students at Cornell are in huge, impersonal lecture classes with a lot of teaching assistants. Why kill yourself to pay for that? Go to the University of Maryland as an undergrad and then focus on the Ivies for grad school, if you still care at that point.

In the meantime, just look around you and count up the number of successful, happy people you know who went to all manner of non-famous colleges or none at all — your friends, family, and neighbors, as well as some famous folks (Steve Jobs, Warren Buffet, Harry S. Truman, Ronald Reagan, the Wright Brothers, Albert Einstein, and Michael Dell to name a few…)

21 Responses to Does Where You Go to School Matter to Employers?