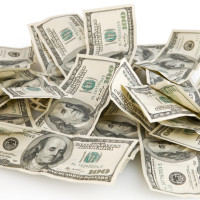 FInancial aid letters are often confusing. I believe many colleges and universities intentionally make financial aid awards hard to decipher to trick families into thinking that their institutions are being generous even when they aren’t.

The following award letter comes from Chapman University in Orange County, CA, which has become a hot school. 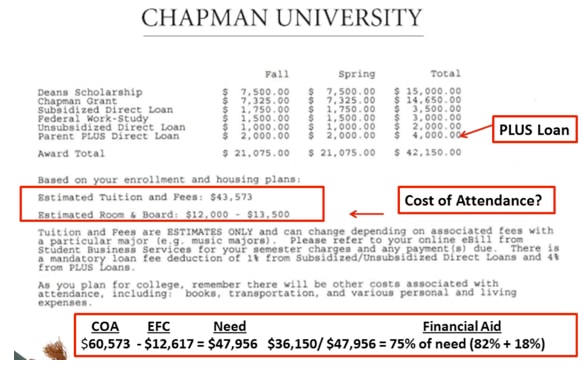 The letter doesn’t include Chapman’s full cost of attendance, which was a hefty $60,573. The letter provided the tuition/fees and estimated room/board of $12,000 to $13,500, but not books, travel and personal expenses. Some schools omit mentioning any costs including tuition in their award letters!

You can’t determine if an award is a good one unless you know what your EFC is. This family’s EFC was $12,617.  Ideally, the family would only have had to pay $12,617 to attend any school. Realistically, however, most students will have to pay more than their EFC, but the closer to this figure the better. To attend Chapman, the family’s need was $47,956.

Any student can qualify for the Direct Unsubsidized Loan (current interest rate 3.86%) and it hardly should be used by aid packagers to reduce a family’s obligation. The Direct Subsidized Loan and the Perkins Loans that are reserved for lower income families are okay to be in the package.

Chapman also inserted the Direct PLUS Loan in the package ($4,000). Schools often put this loan in their award letters, but this is misleading. The PLUS Loan is the federal loan for parents that currently has a 6.41% interest rate. Parents must also pay an additional 4.28% fee for any amount that is borrowed.

This is a poor award, but you need to compare it to what applicants typically receive at Chapman. You can do this by checking the school’s financial aid statistics at the College Board or COLLEGEdata. 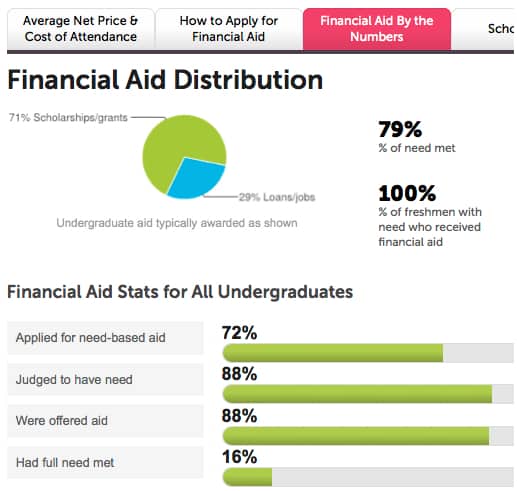 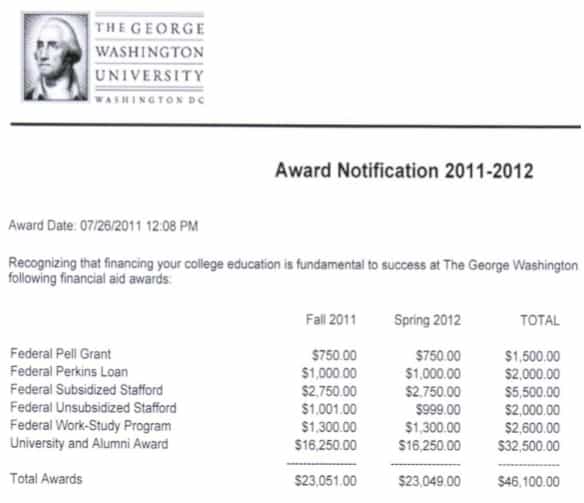 The EFC for this family was just $4,100. Ideally, the family would only have had to pay $4,100 to attend any school. Realistically, however, most students will have to pay more than their EFC, but the closer to this figure the better. In this case, the family’s need was $54,590.

I would like to obtain more financial aid letters (good and bad) that I can share. Please email me (Lynn@Thecollegesolution.com) if you have any you can share.

Who Isn’t Filing the FAFSA?
How to Cut the Cost of College