When families look at financial aid packages they often assume that a school’s financial aid support will remain the same for four years. That, however, is a dangerous assumption to make.

The financial support that some colleges and universities give students will shrink after their freshmen year.

Why would this happen? I can’t speak for schools that do this, but you could certainly make the case that colleges are taking advantage of this reality:  students don’t have a lot of leverage. A junior, for instance, who sees a drop in his aid package probably isn’t going to leave for another school. Families are going to find the extra money or borrow even more.

When you’re researching schools, you want to check not only the average level of financial support for freshmen, but for other undergrads as well. How you can determine if a university will become stingy (or stingier) after a student’s freshman year. You can use COLLEGEdata, one of my favorite college research sites, to find out.

To illustrate what you can find, I first headed to the US Department of Education’s College Affordability and Transparency Center. I pulled the names of a couple of schools from the federal list of schools with the most expensive net prices after average grants/scholarships are subtracted. If you are going to need a lot of financial help to attend colleges, these are some of the schools that I would urge you to avoid. Here is the list of the private schools that are the worst offenders on the federal list: 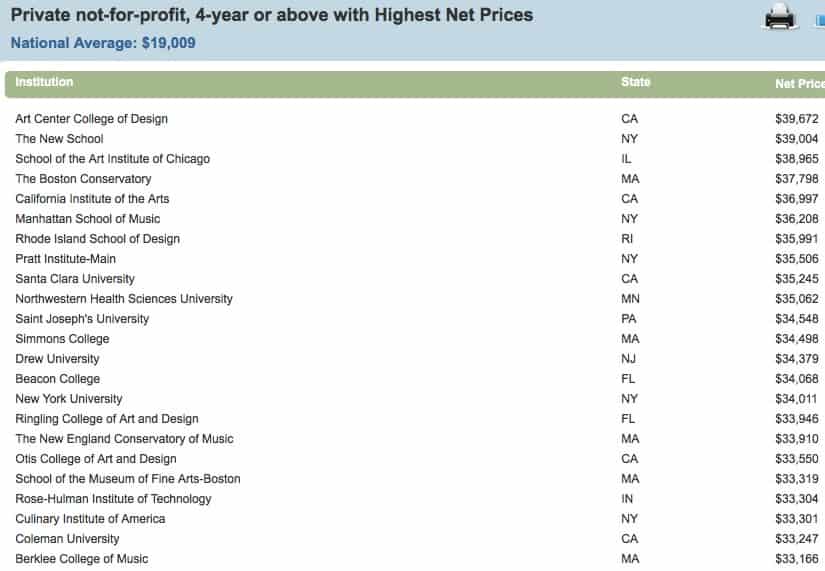 I picked two schools from this list because I figured these stingy institutions would be more likely to reduce their aid to returning students. I selected Santa Clara University because it has the highest net price among private schools that aren’t in a niche like art and music. I also chose NYU because it is one of the most popular schools in America despite its dismal financial aid practices. At a college conference that I attended last year, I asked a rep from NYU why it had such poor financial aid and the rep replied that the school was “working on it.”

Here are the financial aid stats for Santa Clara University: 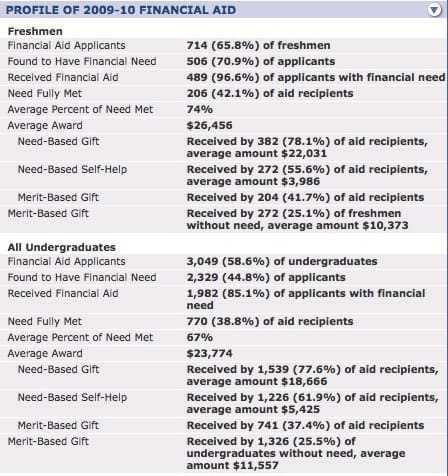 There is a lot to look at here, but what I want you to focus on is the percentage of financial need met for freshmen (74%) and the average percentage of need met of all undergraduates (67%). That’s a sizable drop in help and it’s reflected in the average need-based gift of Santa Clara students. The average need-based gift aid for freshmen was $22,031 versus $18,666 for all undergrads. That’s a difference of $3,365, which is considerable and doesn’t take into consideration that the price keeps increasing every year. 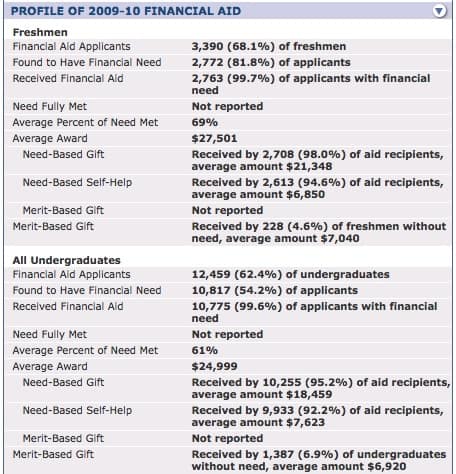 As you can see, the average percentage of financial need met for NYU freshmen – an underwhelming 69% – drops even further for other NYU students (61%). The average need-based grant drops from $27,501 to $24,999.

Just to show you that not all schools treat older students differently when it comes to financial aid, I’m sharing a school that I picked at random – Babson College in Massachusetts. The average percentage of need at Babson, which is a well-known business school, actually increased for upperclassmen. The average percentage of need for all undergrads (94%) was higher than for freshmen (92%).  It’s nice to see aid going up because it would suggest that a school is helping its upperclassmen when their families encounter financial difficulties. 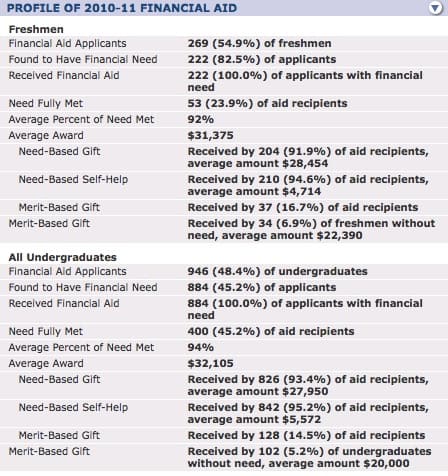 When evaluating a school check the generosity (or lack of it) for all students, not just freshman. Here is another post that I’d suggest you read that focuses on another helpful tool from COLLEGEdata:

Anatomy of a Stingy College and a Generous One