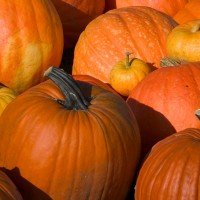 With Thanksgiving just one day away, I want to express my deep gratitude for all of you who spend time on my college blog. I appreciate each of you and especially the loyal visitors who stop by regularly. I want to give a special shout out to all of you!

The number of visitors to my blog continues to climb with teenagers as well as parents (moms outnumber dads). I know this because of Google Analytics, which I check a few times a week.

One out of four of my visitors are from California, which isn’t too surprising since it’s the biggest state and it’s also where I live (San Diego). Here are the states that were responsible for my biggest traffic numbers in the last month.

When measured by metropolitan areas, New York City residents are my biggest supporters followed by folks in San Diego and Chicago.

Why Write About College?

Google Analytics can’t measure my extreme gratitude for being allowed the freedom to pursue one of my intellectual passions, which is covering the higher-ed world.  I became intrigued by the topic back in 2005 when my daughter was a sophomore in high school. I realized  before Caitlin did that she wasn’t going to get into the University of California, Berkeley, because her class rank wasn’t quite high enough.

Like a lot of kids in California, Caitlin had dreamed about attending this school (her dad earned his undergrad degree in English literature there) or one of the other premiere UC campuses because that’s what smart kids in this state do. Sadly most teens don’t appreciate all the options they really have.

Caitlin started considering private schools after someone recommended Colleges That Change Lives, which is a wonderful book about the beauty of liberal arts colleges.

I was a financial journalist at the time and I decided to explore who gets money for college and whether Caitlin would qualify for some of it.  I started producing stories on college issues for magazines such as Money Magazine, BusinessWeek, Consumer Reports  and other publications that I wrote for as a financial journalist. What I learned helped us find lovely schools, which were less expensive than I had originally feared for both Caitlin, who graduated in 2011 from Juniata College, and my son Ben, who is a junior at Beloit College.

What My Kids are Doing

I am also grateful that Caitlin beat the odds after graduation and found a great social media/marketing job at Rokenbok, a wonderful toy company in San Diego. In 2012 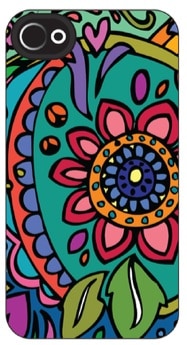 Google cited Rokenbok as one of a dozen or so small businesses in the country using innovative YouTube strategies. If you click on this link, you’ll see the YouTube photo of the awardees including  my daughter (wearing a green shirt), who were flown up to Google headquarters for a couple of fun days. Here is a post about Caitlin journey in getting a job:

5 Secrets to Getting a Job After College

Caitlin also launched a Kickstarter project recently and is creating iPhone cases, as well as prints and canvases based on her own designs, as well as those of her brother’s.  I think of Caitlin (Spanish major) whenever I hear someone complain that studying the liberal arts is a deadend!

I am also happy that my son Ben, my other liberal arts major (mathematics and studio arts), is flourishing in college. Ben, a junior, loves Beloit College and began fretting last year about having to leave the school when he graduates in 2014.

Ben has spent this semester studying in Budapest in a tough-as-nails math program and I suspect that he and the friends he has made among the math majors there are studying much harder than the vast majority of students who study abroad. One day he and his roommate from Reed College spent nine hours talking about one of their math classes! I am particularly grateful that Ben got to visit Dachau, the German concentration camp.

I am also thankful that the second edition of  my book, The  College Solution: A Guide for Everyone Looking for the Right School at the Right Price, was released this year. (Holiday gift idea??)

I was quite happy when I finished the book in the spring and could spend an entire therapeutic day cleaning my office and boxing up my notes and printouts. In case you are wondering, the photo on the book cover, which I picked out and lobbied for, is of Rhodes College,  in Memphis. I worked at the newspaper in Memphis after graduating from j-school  at Mizzou so I know first hand of the campus’s beauty.

With the book done, I plan to continue blogging, but my big goal for  2013 is to explore ways that I can reach out to more people. My dream would be to develop educational programs to train financial advisers and high school counselors who should be the ones  helping families make smart college choices.

I have zero interest in being a college consultant myself, but I love to stand up in front of an audience and share what I know.

Finally, everyone who has emailed me with a personal story about how my work played some role in finding a great college and paying for it, I thank you for sharing your journey.  I hope every one has a Happy Thanksgiving!

6 Responses to Happy Thanksgiving Everyone