The unrelenting cost of college is hitting upper-middle-class families hard.

According to a front-page analysis today in The Wall Street Journal, it’s these families who are experiencing the largest rise in college-loan debt.

In its analysis, the newspaper categorized upper-middle-income as households with yearly incomes in the 80th to 90th percentiles that range from $94,000 to $205,000.

There are now more than three million households who owe at least $50,000 in college loans, which is a dramatic rise from the 794,000 families who owed this much in 2001.

College can be costly for families of all incomes, but clearly affluent families, who are more likely to aim for expensive, private colleges and universities,  should be able to save more for this priority than others.

I have affluent parents email me all the time –this demographic seems to be attracted to my college blog – who are financially unprepared for college costs. Sometimes I think these parents are looking to me for miracle answers.

Just the other day, for instance, I had a dad email me who has a $1 million mortgage on a house with no equity and the family makes about $160,000 a year.  They are looking for a school that will give a lot of money to their brilliant teenager. I was stunned how overextended the family was financially while their child was on the verge of heading off to college.

I got another email recently from a dad with a multi-million-dollar home in California and an income of roughly $250,000 based on his Expected Family Contribution and he said he and his wife only had $40,000 saved up for their son’s college. He also was looking for mega scholarships.

Some affluent families must assume that their kids are so smart or so athletically gifted that they will receive huge awards. Athletic scholarships, however, are way overrated and even though affluent students will often receive merit scholarships for college their parents will still face a substantial tab.

According to a survey by the Human Capital Research, about a third of families of $95,000 to $125,000 (I certainly wouldn’t consider these folks affluent in expensive parts of the country), never saved for their children’s college costs.

Of course, the best way to make college more affordable is to become an educated consumer, which, of course, is what people who are visiting my blog 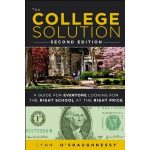 are trying to do!

22 Responses to Look Who Is Borrowing the Most for College