As recently as the early 1990s, most students did not take out college loans. Today about two out of every three students borrow to pay for college due to the runaway cost of college.

It depends on what types of student loans an undergraduate selects. The level of debt will be more manageable if the student only borrows via federal student loans. For most students that will mean obtaining federal Direct Subsidized Loans and Direct Unsubsidized Loans. You will also see them referred to as Stafford Loans.

The federal Direct Subsidized and Unsubsidized Loans are designed strictly for students. Borrowers must begin repaying these loans shortly after graduating or leaving college.

The interest rate on both the subsidized and the unsubsidized federal loans for the 2014-2015 school year will be 4.66%, which is higher than the previous year’s rate of 3.86%. The interest rates are linked to the 10-year U.S. Treasury note.

Your college will tell you if your child qualifies for the subsidized loan. Look at the financial aid package that your teenager receives to see what the breakdown is between subsidized versus unsubsidized Stafford loans.

You may see both kinds of direct loans in your package. 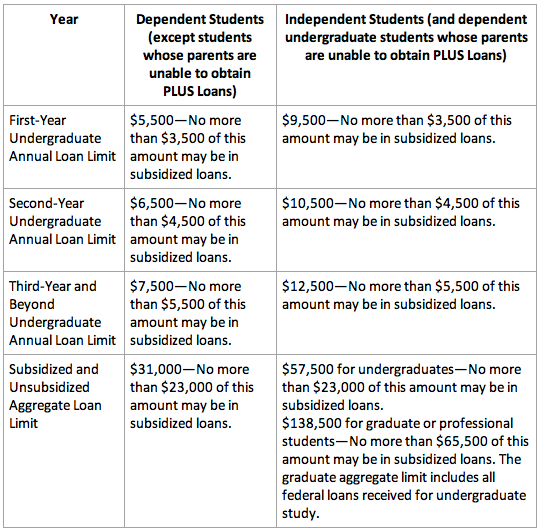 Your child’s school will notify you of the loan amounts that it is offering in an award letter.

3 Responses to The Best College Loan for Students