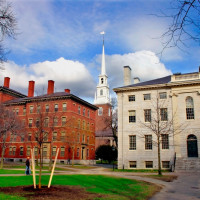 By Lynn O'Shaughnessy on April 17, 2013 in Uncategorized

One way that I try to keep up with what’s happening in the higher-ed world is to belong to some LinkedIn Groups including one called College Counseling for the Rest of Us. Last week Michael Szarek, the group’s founder, who is an assistant vice president at Felician College and a college consultant in New Jersey, started a discussion by throwing out this question:

So, what are the rest of us hearing out there? Admission decisions, financial aid packages, student choices – what’s the word with your students or at your college?

I thought the the discussion among the consultants, many of which are former college admission folks, was so valuable that I got permission from Szarek and the participants to share some of their observations. I’d urge you to read all the way to the bottom.

Some of the comments were triggered by the lone parent in the group (a dad from New Jersey), who acknowledged that he was angry that his daughter hadn’t gotten into the five Ivy League schools where she had applied. After being rejected by her top choice, his daughter had a meltdown.

Getting Into Elite Schools

Patricia Krahnke, a former assistant director of admissions at Rutgers University and now a college consultant with Global College Search Associates in Bloomington, IN., weighed in on the Ivy rejection: 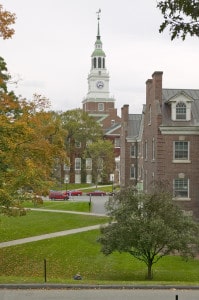 The fact is that out of 10s of thousands of applications, most of them look identical. They all have perfect SATs, perfect SAT IIs, well-written essays, tons of AP courses, 5s on their AP tests, straight A+s over 3-4 years of high school., music lessons, and high school theater. That kind of record in your child’s high school may be few and far between, but to the Ivies (and other highly competitive colleges and degree programs), it’s commonplace.

Families are used to the idea of their child competing academically in their high school and town. But the competition for the Ivies is national and international. They don’t care about your child. They don’t HAVE to care about your child. As an admissions director at Yale emphatically told me, “We only want the very top students from around the world.” (Of course, we all know that having legacy trumps that.)

In other words, they expect to see extraordinary academic challenges conquered with excellence. I have a student this year who took third year honors calculus at the regional big ten university and got the top grade in the class — he took full advantage of faculty hours and tutors. As a math major, he was able to have that professor write him a letter of recommendation for his applications, which was invaluable. Yeah, he’s into music and theater, but that’s not what got him into Harvard. (That’s where he will matriculate this fall.)

When we work with students — especially the top ones — we urge them to stop focusing their extracurriculars on the activities that everyone does, the easy stuff that basically means showing up at the high school after class. We point them in the direction of serious undertakings (preferably linked to their strongest area of interest) that will make them pop out on an application. 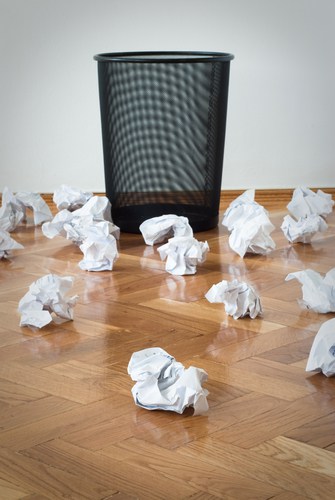 The essays. Even the top students sound boring and ordinary. We know they’re not, but they are so used to just following ordinary ideas of excellence that have been set by the high school’s (or private school’s) standards — and being rewarded for it — that there is little to use in an essay that will set them apart.

So the tough part of our job is drawing the student out of his or her comfort zone to see themselves and their accomplishments in new light. We help them to express this new understanding of themselves via the essays and personal statements.

Interview prep is also absolutely crucial, getting the parents to stop doing the talking and then helping the student to hear his or her own voice. Getting the student used to speaking on their own behalf to a stranger, getting them to connect the dots between their heart and their mind and their spirit, reconciling their fantasies with reality, helping them to see beyond the walls of high school and home, to understand that they are making an argument on behalf of the quality of their future.

Interviews are usually optional, often are simply a means to ask questions of the interviewer, and they can backfire. Even if it’s essentially an opportunity for the student to ask questions, those questions had better be well thought out and consistent with the rest of the student’s application. The student who simply tells an interviewer that he wants to go to Yale because — duh — it is prestigious, has sealed his fate: Not going to happen.

The student who has been been through a strong interview prep process has learned how to talk about the connections between herself, her dreams, her area of interest, the college’s ethos, and the college’s offerings.

Most families/schools don’t/can’t do any of this.

Here is another observation from Krahnke:

It’s certainly true that many admissions counselors will go to bat for certain students — I was the queen of that, the office gnat, taking files into my upline’s office and saying, here, you be the one that can’t sleep at night — but at the administrative level, I’ve never experienced anything where the leadership cared about anything but numbers.

The whole experience had become so mechanized, it was all about speed reading applications. My personal best was 100 in a day, I’m ashamed to say.

And now I hear universities 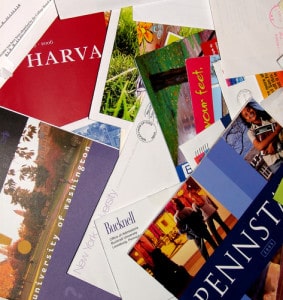 talking about implementing automatic decision making algorithms — until the student matriculates, no one will ever know the kid exists except for a machine — unless maybe they got lucky enough to meet a passionate admissions counselor, but the fact is, with approximately 2 million high school grads entering college each year, most of them don’t unless they’ve got the savvy and gumption to make those connections for themselves.

Even here in Southern Indiana, talk to Indiana University faculty and admissions folk, and they complain about how soulless it’s all become. In Vermont, the admissions counselors at many colleges there talk about how they feel like “Used Car Salesmen.”

That’s why we talk to families about owning their college search process. Take the reins of your life and don’t let that pile of virtually identical college publications in the living room corner confuse you.

It may be different for you, but among my connections out there, the mechanization of education and the disconnect between the numbers-people and the people-people is a divide that appears to be growing quickly, and it is affecting admissions, enrollment and teaching at every level.

I work with fascinating, talented students who have gotten into the Ivies. Now that I think about it, not one of them has ever been approached by or courted by an admissions counselor. Hmmmm…

It’s astonishing how many students and parents have no idea at all how to navigate this stuff.

Another Take on What’s Happening

Here’s more comment on the topic from Parke Muth, an associate admissions director  at the University of Virginia until last summer, who is now a consultant with a wonderful college blog:

Patricia, your comments confirm much of what I have seen and heard lately. The huge increase in applications at many selective schools have made the personal efforts and personal biases (in both the good and bad sense of the word) of ‘human judgement’ largely superflous. But there are are still hold-outs., but very few that I know of.

But I do know that the personal makes a huge difference in lives and decisions. Here is the end of an email an admission dean at a highly selective school sent to a recently accepted student and the response on the part of the applicant’s mom (whom I have known for many years).. I have excised some the part of the mom’s letter that compares another highly regarded school’s indifference to the human qualities of the student out as it is too specific.

Admission Dean: “P.S. — Like you, I’m a fan of Wallace Stevens. A faculty member introduced me to him long ago and likened “The Emperor of Ice Cream” to a Bob Dylan lyric. I was hooked.”

Mom: She was so impressed/touched by him writing and what he said; she has responded to him already. .. She has not declared but she has decided. I could not be more pleased at the outcome.

I always enjoyed writing personal notes on the acceptance letters I sent. My hand, however, did not necessarily feel quite the same way.. This initial connection led to long term interactions with students and then graduates.

I’ll share more of what this group had to say about wait lists in a future blog post!

A Visit to Beloit College
Does Where You Go to School Matter to Employers?