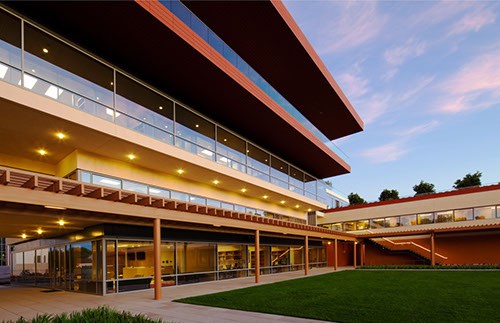 Claremont McKenna College recently announced that it had been sending inflated SAT scores to US News since 2005.

According to news accounts, the vice president and dean of admissions admitted inflating the scores and resigned. The college’s critical reading scores were inflated by an average of 17 points and the math scores were bumped up by an average of 10.5 points.   Here is where you can find a detailed explanation of the manipulation.

Other Colleges Being Deceitful

Claremont McKenna is hardly the only school that has fudged, or in some cases, falsified its numbers. Baylor University, for instance, essentially bribed its incoming freshmen one year into retaking the SAT. The freshmen were already admitted to Baylor so there was no reason to revisit the test. Baylor’s stunt, which managed to boost the school’s average SAT score by 10 points, triggered a huge outcry.

The U.S. Naval Academy was embarrassed when it became public that its applicant rejection rate wasn’t nearly as high as the institution was reporting. At an industry conference, a Clemson University administrator shared a laundry list of ways that her institution was manipulating its figures to boost its college rankings. What prompted gasps from the audience was the administrator’s observation that Clemson rated all other schools in US News’ survey as below average to make it look better.

Schools also falsify the number of their full-time faculty. I did a story in 2009 for my college blog at CBS MoneyWatch that illustrated that schools, in this case the most elite of institutions, gave US News the wrong figures on the percentage of its faculty who were full-time. Here is an excerpt:

You can read my entire post here:  Are Ivy League Schools Fudging Their Numbers?

Despite what US News, which isn’t even a magazine anymore, might suggest, colleges and universities are on the honor system when submitting data.  In a New York Times article yesterday, Robert Morse, who heads up US News’ rankings operation, said he has a team of four to six people reviewing the data. Hmmmm. Really Bob? Really?

In my opinion, the biggest news isn’t that schools are obsessed with looking better in the rankings, but what the rankings have done to our higher-ed system. In pursuit of rankings glory, schools across the country have adopted policies about how they spend their money, whom they admit, and what kind of financial aid they distribute that have negatively impacted millions of American families. Now that’s the real scandal!

I’ll write more about this tomorrow.

Lynn O’Shaughnessy is the author of The College Solution and She also writes a college blog for  CBSMoneyWatch and US News. Follow her on Twitter.

Join Me at My College Workshop on Saturday!

There are a few slots left for the college workshop that I will be  holding at the University of California, San Diego this Saturday (Feb. 4). At the Finding the Right College Workshop, you will learn specific strategies to increase your child’s admission chances, ways to evaluate colleges and universities, essential ACT and SAT information and what you need to know about  college rankings.

You can learn more here and sign up for the workshop here.

Will Your Savings Hurt Your Financial Aid Chances?
How College Rankings Can Hurt You

3 Responses to Colleges and Universities That Cheat