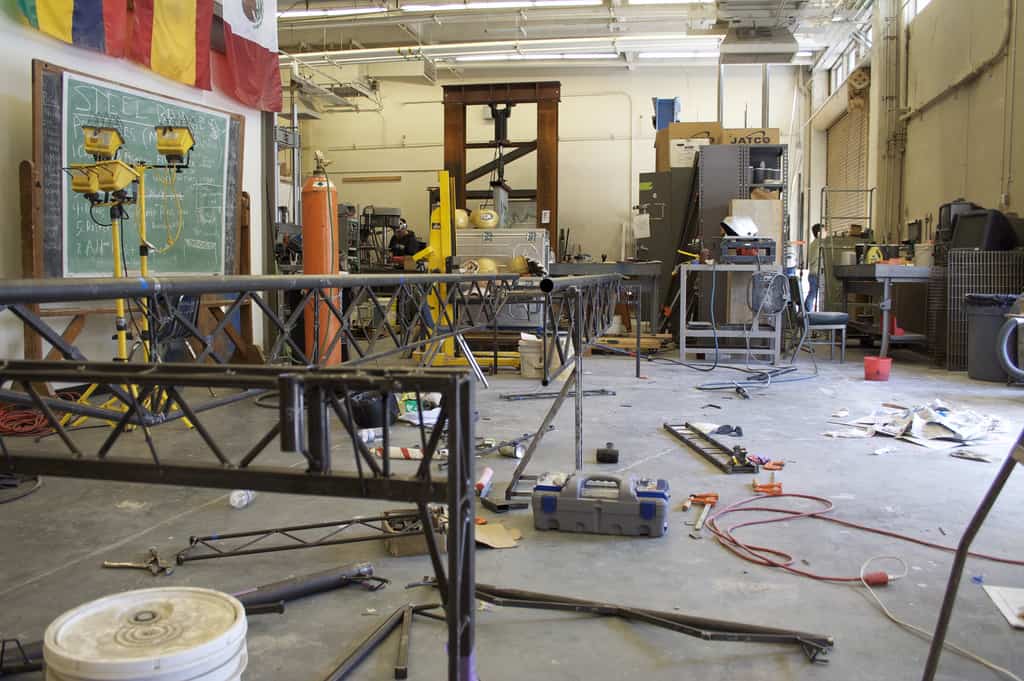 By Lynn O'Shaughnessy on September 16, 2012 in Academic majors, Academics, Applying

It seems to me that too many parents are stressing about what their children should select as a college major.

I’m of the opinion that what’s important is getting a degree. I believe it’s less relevant what that degree is. Students are more likely to be successful if they choose a discipline that they are passionate about.

In this rush to embrace “practical” majors, too many students are selecting majors based on their parents desires or are taking their cues from the lists of the best-paying majors. These lists are pointless because the same majors monopolize the top. We don’t need to be constantly reminded that the grads more likely to snag top-paying jobs have mastered high-level math and science skills, which frankly most students are incapable of doing.

Being Realistic About Engineering

I was thinking about this lately because I’ve been hearing from people interested in engineering. Engineering degrees are perennially at the top of those best-paying-job lists. But strangely what some teenagers and their families don’t understand is that just because you want to earn a mechanical engineering or computer science degree doesn’t mean you have the ability.

I exchanged emails recently with a mom whose daughter would love to be an engineer. She has been involved in an engineering club at high school and she got a summer job at a federal agency where a lot of engineers work. All that sounds fine except when you look at the teenager’s academic profile. She earned about a 1600 (on a 2400 scale) on her SAT. She has a GPA of about 3.2. While it’s not impossible that this child could survive an engineering program with their notorious drop-out rates, the odds aren’t good.

Recently I attended a webinar that focused, in part, on what kind  of students should be pursuing engineering. The speaker was Hollis Bischoff, an independent college consultant, who gave the talk through MyCCA.net, which helps college consultants do their jobs. Because she’s located in the Silicon Valley, Hollis works with many students whose parents are highly educated and whose fathers are often engineers. Engineers, by the way, who often want their children to follow their career path.

In a blog post, Hollis had this to say about parents lobbying teens to pursue engineering:

Characteristics of a Successful Engineering Student

Here are some key characteristics, according to Hollis, that teenagers should have if they want to aim for an engineering degree:

I recognized my own father when reading the above list. When my dad was in eighth grade he rewired his family’s tiny house that previously had only possessed one electrical socket. Growing up, I remember my dad keeping an old, balky air conditioner alive for many years beyond its life span and frankly there was just nothing he couldn’t fix in our house. Thanks to the GI bill, he was able to attend engineering school at St. Louis University and later went on to graduate school in engineering. As an electrical engineer, my dad spent more than 40 years at Emerson Electric Co..

My dad never tried to push any of us to be an engineer. Neither myself nor any of my four siblings became engineers and only one of my parents’ 12 grandchildren graduated with an engineering degree. My father would have been very proud of his grandson Kevin, who earned an engineering degree from the University of Missouri in May and, yes, he did find a high-paying job. But boy did he earn it!

The No. 1 way to cut the cost of college is to become an educated consumer. You can learn how by attending my popular online course, The College Cost Lab. I’ll be relaunching the

course in June 2016 and if you’d like to be notified when I have more details, please click here!

99 Responses to Getting Real About Majoring in Engineering