A new report from the College Board, Trends in College Pricing 2011, however, clearly dispels the notion that colleges are impenetrable fortresses that turn away nearly all who dare apply.

If you look at the pie chart below, you’ll see that only 16% of the nation’s four-year colleges and universities reject 50% or more of its applicants. Only 2% reject more than 75% of their applicants. 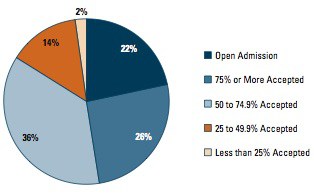 The Price of Tuition

Also in the report, I ran across a breakdown of prices that families pay for tuition at state and private schools that I found fascinating. Nineteen percent of college students attending public institutions are paying less than $6,000 a year in tuition. In contrast, 8.1% of students at private schools pay more than $42,000 a year in tuition alone!

Nearly 61% of students attending four-year public universities pay less than $9,000 a year in tuition. Those figures don’t cover room/board, which, in some cases, especially out here in California,  can easily double the price. The Western states charge the nation’s highest dorm fees while the Midwest and the Southwest have the lowest. 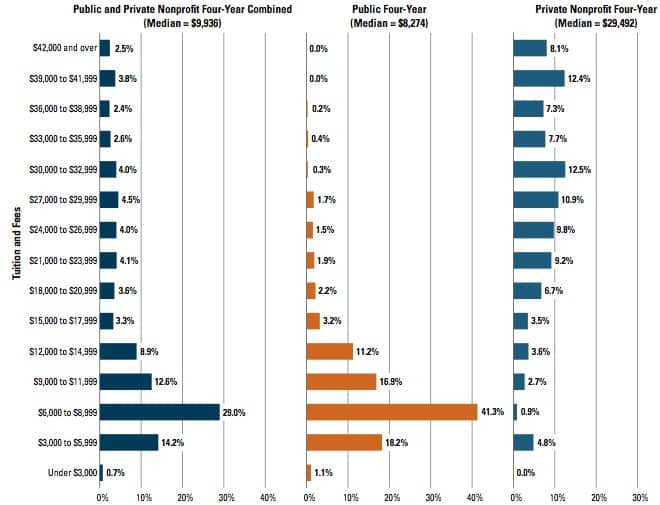 College Students Who Study the Least
Should You Apply to a Reach School?

2 Responses to How Hard Is It To Get Into College?