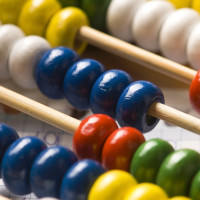 As I’ve mentioned in previous college blog posts, net price calculators allow you to obtain a personalized estimate of what a school will cost after deducting any scholarships and grants that your child might be receiving. Before you let your child apply to any colleges, make sure you have used each school’s net price calculator.

College Abacus: A One Stop Shop for Net Price Calculators

Today I want to explain how you can spot lousy net price calculators. Schools with lousy calculators largely depend on the federal template rather than designing their own calculators or using an outside vendor such as the College Board.

The whole point of using net price calculators is to pinpoint, as close as possible, what the real price will be for a family. That’s not going to be possible if the school is publishing musty, old price figures.

When obtaining your child’s net price at a school look at what year these cost figures originated. Here is an extreme example from Hampshire College, a liberal arts college in Amherst, MA, that uses the federal template.  This is what I saw when I used Hampshire’s calculator today: 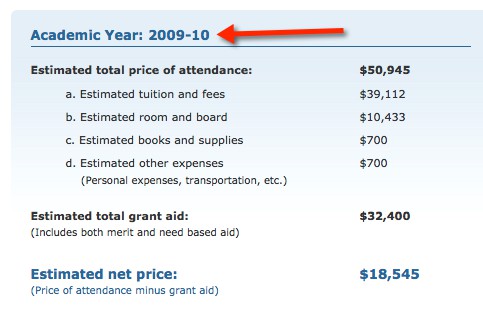 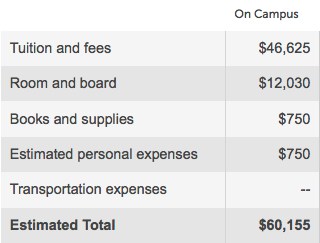 Why Use Misleading Prices

If Hampshire used current figures it would probably scare off some potential students, but it’s outrageous that the school is relying on ancient figures. Can you imagine the outcry if car dealers slapped sticker prices on their cars that showed the vehicles were $10,000 cheaper than they actually intended to charge?

You can also see above that the school has low balled the expenses beyond the tuition/fees and room/board. For instance, Hampshire says students at their school will incur no transportation costs even though 80% of the college’s students come from outside Massachusetts.

Some schools use realistic figures for these secondary costs while others like Hampshire try to minimize them. That’s why I like to compare schools strictly by tuition and room/board so you can get accurate comparisons.

While Hampshire represents an extreme case, the cost figures for schools that use the inferior federally-inspired calculators are going to be at least two-years old and I’ve found that the figures are often even older. It’s a mystery to me why the feds provide such dated numbers when the schools themselves have the right figures.

Here is an example that I got today from Carnegie Mellon University’s net price calculator, which uses the federal template: 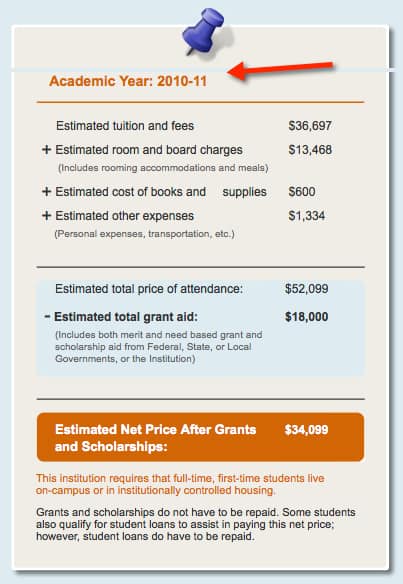 The schools most likely to use the federal template are less selective state schools, but there are some notable exceptions. Selective schools that use the inferior calculator include:

The aim of the federal template was to make using it as easy as possible. That’s admirable, but you can’t just ignore important questions in the process. Here’s one tip off that you are using a federally-inspired calculator — it should only take you 30 seconds or so to complete it.

One of the big problems with these federal calculators is that they don’t ask for a family’s actual income from income tax returns. Instead these calculators just ask for ranges. And strangely enough, the highest income range is just “Above $99,000.” This simplistic calculator also doesn’t ask about parent or child assets!!

Here is an example of the income question from Baylor University net price calculator: 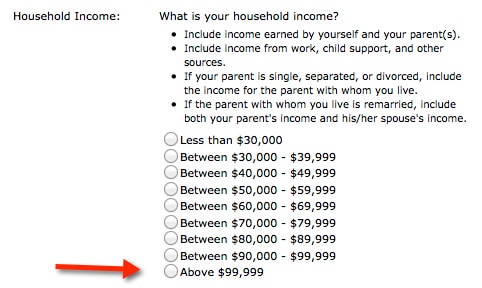 Another knock against the federal calculators is that they are worthless if you are not seeking need-based financial aid. If you answer “no” to that question, the calculator immediately stops asking questions and instead produces a cost figure that’s based on just two factors: you are not applying for aid and your child’s age.

Based on answering the above questions, American University said I would receive an estimated award of roughly $18,000.  How the heck did the school generate that figure? And how could anyone take this calculator seriously? (Also note the ancient cost figures.) 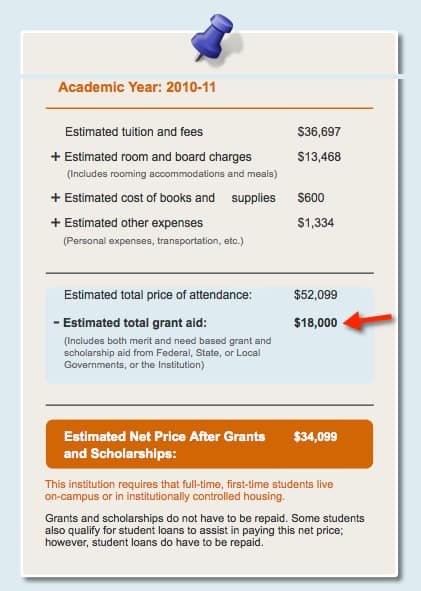 A Battle for Net Price Calculator

Finally, I wanted to mention one more disheartening development. As I’ve mentioned previously, I think College Abacus, which received funding from the Gates Foundation, is a wonderful resource to use net price calculators. You can go to individual school sites to use net price calculators, but they are often hard to find – sometimes intentionally so!  This isn’t an issue if you access them through College Abacus.

Unfortunately, Rezolve, a major creator of net price calculators for schools (not the federally inspired ones), has abruptly decided to block College Abacus from accessing the calculators for roughly 400 schools. This is shameful behavior and the CEO’s reasoning for doing so just doesn’t add up.

Families need more access to these calculators (at least the worthwhile ones) not less. It’s unconscionable what Rezolve is doing.

7 Responses to How to Spot a Lousy Net Price Calculator