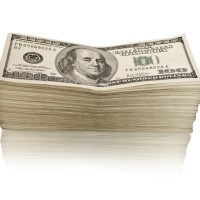 Today I’m rerunning a previous post that I’ve updated that I hope will reduce the stress level of many parents reading it.

I initially wrote the post in reaction to the dilemma of a teenager with a 3.4 GPA who failed to capture a scholarship from any of the schools where he applied.

This is hard to do when you consider that the vast majority of students do not pay full price for college!

You can learn about how a teenager in Los Angeles ended up with full-pay options including Syracuse U. where he planned to attend:

Getting Stiffed by Colleges

In reaction to this teenager’s dilemma, two blog visitors asked the following questions:

Options for Students with a 3.4 GPA

First, I want to say that it’s a sad commentary on the college admission process that parents and students feel they must fret that a teenager with a quite respectable 3.4 or 3.5 GPA has few options. I have known many students with these kinds of GPA’s and lower who worry that they are doomed.

My own daughter Caitlin had an unweighted 3.4 GPA as a sophomore and junior at the academically rigorous high school that she attended and she barely nudged to a 3.5 GPA by the time she began applying to college so I’ve been there.

Nearly 89 percent of students at private colleges and universities receive some type of scholarships or grants so obviously it’s not just the students with the 4.0 GPAs who are capturing the awards. Far from it!

Despite what the media says, scholarships and grants are common place because at most schools it’s a buyer’s market! Just about the only schools where this is not true are most highly selective institutions and most of those fall into the research university category.

I’d highly urge you to read the following post that I wrote in the spring of 2015 that delves into this topic:

Colleges vs. Universities: Which Are Bargains?

In reality, most schools need to hustle to fill their freshman slots. Schools offer merit scholarships because the institutions are fiercely competing against each other for good students.  It’s understandable that families don’t appreciate this because the media focuses primarily on the tiny fraction of schools that can turn away almost all comers.

Who Is Stressed Out About College?

It is true, however, that colleges are most interested in giving their best awards to the students they covet the most.

Muhlenberg College has a candid explanation of this phenomenon on its website that is worth reading:

One of the main points of the Muhlenberg essay is that students who are in the top quarter to third of a school’s freshman class will typically enjoy better financial aid or merit scholarships. What kind of academic profile a student will need to get into the top third will vary by school.

Some schools post scholarship calculators on their websites that you can use to see what kind of money a student might earn. Public universities, in particular, are more likely to use strictly numbers (GPA, test scores and class rank) to award scholarships because of the sheer volume of applications.

As an example, here is what Baylor University’s scholarship calculator looks like: 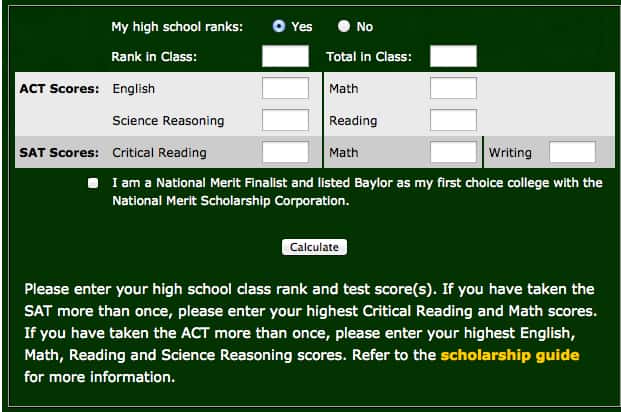 A good way to find out what kind of price break a school will provide to your child is to use its net price calculator.  Read this story to find out more about this valuable tool:

Why You Must Use Net Price Calculators

Use a College Search Engine

Another strategy for finding schools based on the academic profile of your teenager is to use a college search engine. At the College Board, for instance, you can look for schools based on SAT and ACT scores. Here is a peek: 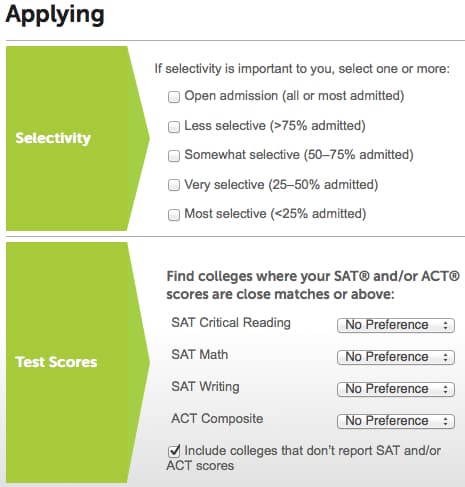 If your child’s GPA isn’t as strong as you’d like, you could also consider focusing on schools that use a holistic admission process. The GPA will be important, but other factors will also be weighed like a student’s coursework, extracurricular activities, gender, state of origin, demonstrated interest in the school, recommendations and interview.

I mentioned the college vs. universities phenomenon earlier, but I really wanted to hammer this point home. Colleges as well as master’s-level universities are more likely to award scholarships than research universities.

As you can see from these stats from the federal College Navigator, at Juniata College 100% of freshmen receive a price discount from the school, which is definitely not unusual. About 94% of students who attend colleges (as opposed to universities) receive price breaks.

You’re least likely to get a break at research universities. At Tufts, only 37% of students receive price cuts.

Like many brand name research universities, Tufts is focused on primarily educating very rich students, whose parents are willing to pay full price for these elite schools . Sad, but true!

cut the cost of college. The class starts on Sept. 15.

2 Responses to Scholarships for Students With a 3.4 GPA