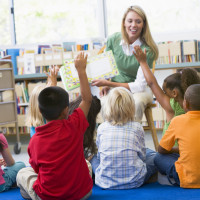 By Lynn O'Shaughnessy on June 24, 2013 in Uncategorized

My son Ben wants to become a high school math teacher, which means his formal education won’t be over after he graduates with a mathematics degree from Beloit College next year.

Ben will have to obtain a credential and possibly a master’s degree before he ends up with a teaching position. That’s why I was particularly discouraged, but not surprised by a new report that the National Council on Teacher Quality released last week on the state of the nation’s teaching education programs for both undergraduates and graduate students.

The study found an “industry of mediocrity” that does not prepare teachers with adequate content knowledge nor the skills they need to manage their classrooms.

If you or your child hopes to become a teacher, you should read the report – Teacher Prep Review. You can also access the ratings for individual schools via U.S. News & World Report which partnered with the NCTQ.

What I found appalling is that only 10 percent of the 1,200 teacher-education programs at 608 schools rated in the survey earned three stars or better. Only the following four schools earned the maximum four stars:

Here are the programs that earned three stars for their undergrad or grad programs in elementary or secondary education: 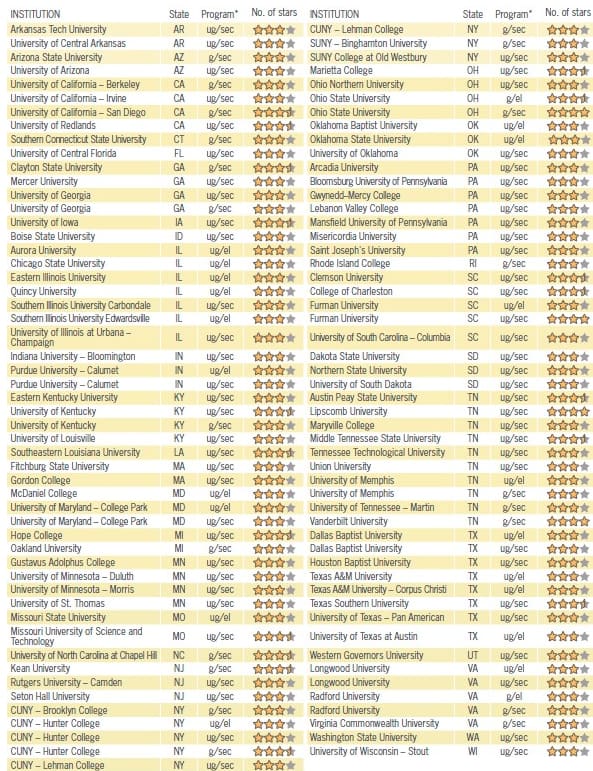 About 14% of the surveyed programs were given the lowest rating — no star at all. The council warned potential students that these schools were not even worth attending because students were unlikely to receive “even minimal training.”

The council’s methodology, which was developed over an eight-year period, did not include site visits. It relied upon 18 categories including a review of course descriptions, syllabuses, each program’s admission requirements, employer surveys, guidelines for teaching mathematics, special education and Common Core standards and the types of student-teaching experiences.

Plenty of hidebound schools of education attempted to keep these materials from the researchers which forced the council to file open records requests for public institutions. Private schools could withhold the information if they wished. Consequently, not all schools could be evaluated. You have to ask what were these schools trying to hide?

Teacher education programs clearly are failing students. It will probably be too late for my son, but I hope this information will shame teacher programs into making meaningful reforms.