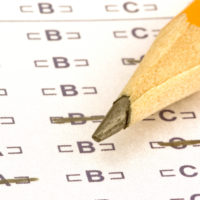 High school students are stressed about when they will be able to take the SAT and/or ACT test again, but there is some good news during the COVID-19 pandemic .

A steady stream of colleges and universities have been announcing that they will not require SAT or ACT test scores for the 2021-2022 school year and possibly beyond that admission cycle.

The University of California, with its nine undergrad campuses, is the biggest institution to drop the standardized test requirement. Most elite universities, including all the Ivy League institutions, are test-optional for at least the 2021-2022 school year.

What the test-optional trend means for students

There is more to this test-optional story than the sentiment, “Oh goodie, my child might have more college options now!”

In exploring what the test-optional environment might mean to families, I recently interviewed Andrew Belasco, the CEO of College Transitions,  a college consulting firm based in Georgia, that advises families across the country. You can watch the interview below.

Belasco, who received his PhD at the University of Georgia’s Institute of Higher Education, has previously conducted peer-reviewed research into the test-optional phenomenon. His research, released in 2014, could indicate who will benefit from today’s embrace of test-optional policies.

You can read my 2014 post on Belasco’s research here:

Who is benefiting from test-optional admissions?

Colleges that are dumping the SAT and ACT

Since the spring, a stunning string of colleges and universities have announced they are becoming test optional for the next admission cycle. Some are saying this will be an experiment without committing to making it permanent, but I’d be shocked if most, if not, made the policy permanent.

While the pandemic has prodded more schools to ditch their requirement for the controversial standardized tests, more than a 1,200 schools already had test-optional policies in place.

You can find the entire list of test-optional schools at Fairtest.org, which is a nonprofit that advocates against standardized tests and advises colleges on how to break their reliance on them.

Here is a screenshot of Fairtest.org’s list of test-optional liberal arts colleges that was updated on July 25.

Highly selective universities have been slower to embrace test-optional policies, but the momentum has been strong since the pandemic.

Here is a screenshot from FairTest.org of many of the national universities that are test-optional: 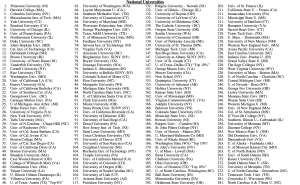 One factor when considering the test-optional route is money. At some institutions, applicants might not be eligible for merit scholarships if they don’t submit their test scores. Some institutions might reserve top awards to test submitters.

If students plan to sit on their scores, they need to be competitive with their GPA and other admission qualifications. A weak candidate who doesn’t submit scores will not enjoy an advantage any more than someone with the same GPA and ACT/SAT results.

When students aren’t sure whether to submit scores, the best strategy is to contact a school’s admissions representative.

When comparing your test scores with previous average scores at a test-optional college, keep in mind that these scores are probably inflated. That’s because almost all colleges only calculate the scores they receive. Obviously, the students who don’t turn in their test scores have lower scores that will bring down the college average.

Pre-pandemic, the most popular reason that college administrators cite for implementing test-optional policies is to attract a more diverse student body. Overall, how students do on the SAT and ACT is highly correlated with income.

So if an institution eliminates the testing requirement, minority and first-generation students should enjoy a better chance of getting into these more selective schools. Colleges and universities also embrace test-optional policies to help boost their recruiting efforts and make themselves look more selective.

A paper published in The Journal of College Admissions suggested colleges that switch to a test-optional policy see an immediate 10-20% hike in applications. Generating that spike in applications normally would cost up to hundreds of thousands of dollars in marketing.

Belasco’s research suggests that the diversity argument doesn’t necessarily hold up. Belasco looked at 180 liberal arts colleges that included 32 test-optional institutions. The test-optional colleges turned out to be no more diverse than those that required the standardized tests.

“Our findings suggest that test-optional admissions policies as a whole have done little to meet their manifest goals of expanding educational opportunity for low-income and minority students,” Belasco said.

“However, we find evidence that test-optional policies fulfill a latent function of increasing the perceived selectivity and status of these institutions. In doing so, these policies may serve to reproduce and maintain the current social structure.”

I predict the pandemic will push more universities to follow the lead of these research institutions and the University of California. The UC system announced in May that it is going to explore creating its own test to replace the ACT and SAT, which could represent a significant challenge to the ACT/SAT.

When should you appeal a financial aid letter?
2020 Advanced Placement tests – 8 tips to succeed