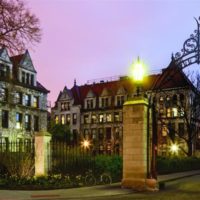 Most students who hope to earn a bachelor’s degree will enroll at a university. The schools that students dream of attending are almost always research universities.

It’s far less common for teenagers to end up at a college.

I find that reality unfortunate because a college can often provide a better education for undergraduates than a research university. And it’s for that simple reason that both of my children ended up earning bachelor’s degrees at colleges. In fact, neither one of them even applied to a university.

What’s wrong with universities for undergrads? It’s the deeply ingrained institutional priorities of these universities that trouble me.

The No. 1 priority of research universities is…….RESEARCH! 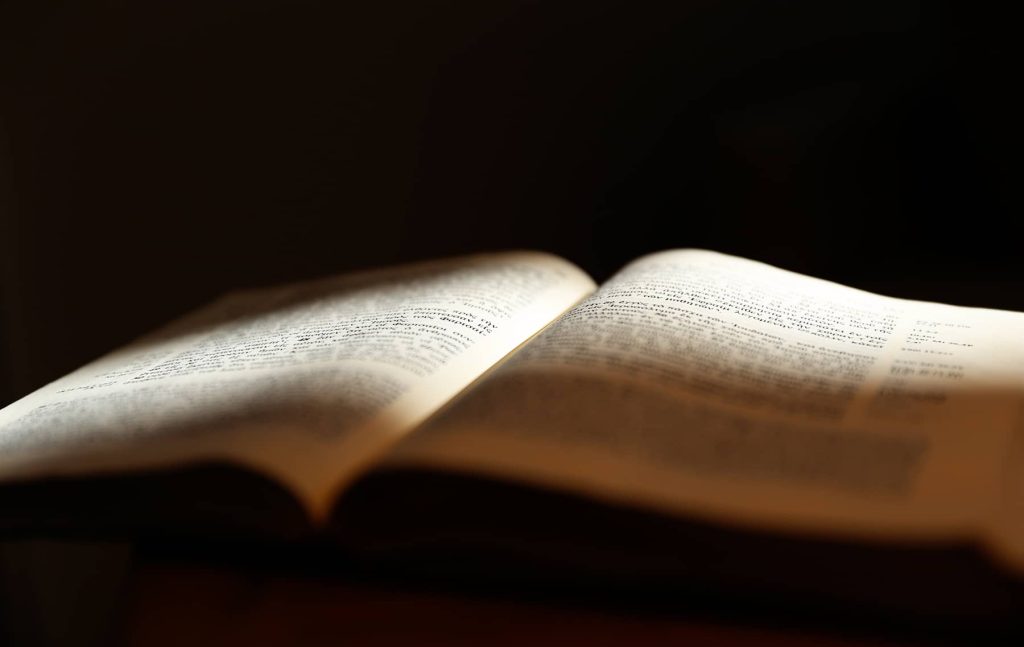 Within academia, it’s not a secret that this heavy reliance on research is often detrimental to undergraduates because of what routinely gets short shrift – undergraduate education.

The ability to teach undergrads is rarely valued at research universities and even the rare professors who would like to be superb teachers do not receive the training to do so.

Unlike elementary and high school teachers, doctoral students usually do not receive formal training in how to teach. PhD programs are focused almost entirely on creating researchers.

Academic departments rarely require any training for its professors. Surveys of 3,500 faculty members at the University of Florida system, for instance, found that 80% had never taken even one class on how to teach. When it comes to teaching, many professors are rank amateurs.

The teaching that professors do conduct is primarily focused on mentoring graduate students on how to become excellent researchers. Graduate students, who may be attracted to academia because of the prospects of teaching undergraduates, often come to the realization that focusing on teaching skills is a dead end. If their goal is to land a tenure-track position at a university, grad students need to devote their time to publishing papers. 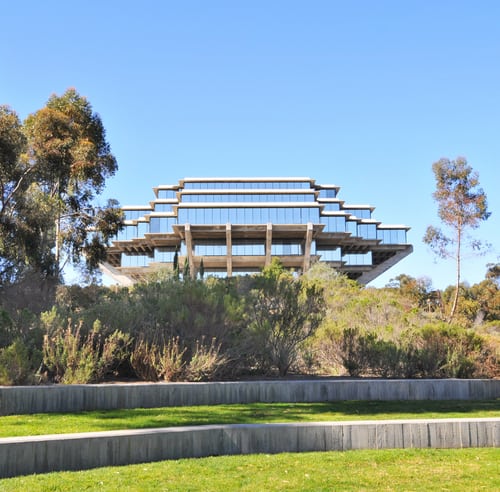 Graduates students who are initially excited about the prospect of teaching can lose that enthusiasm fairly quickly. I was talking to a doctoral candidate at University of California, San Diego, who said that she and many other doctoral students that she knows at the university were initially excited about the prospects of teaching, but they became disillusioned and discouraged when the professors in their respective departments not only deemphasized it but in some cases even bragged about being poor teachers.

You can become a professor and eventually earn tenure without possessing teaching skills or even the desire to teach. In fact, it can hurt a graduate student’s chances of receiving a doctorate and support from their academic advisors if they express an interest in teaching.

Here is a 2015 article in The Chronicle of Higher Education that illustrates the plight that doctoral students can face if they let slip  that they would rather focus on becoming excellent teachers while they are graduate school rather than excellent researchers:

How I Came Out of the Liberal-Arts Closet

Realities of Undergrads at a Research University

At research universities, undergraduates are the third priority after professor research and educating the next crop of PhDs. While producing graduate students is labor intensive, it’s much cheaper to teach undergrads because they can be largely 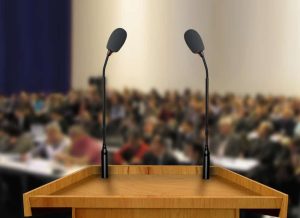 Undergraduates foot much of the tab for expensive graduate programs and for star professors, including Nobel Prize winners, who rarely teach.

In what has been characterized among higher-ed insiders as a bait and switch, smart undergrads are attracted to research universities by the presence of great scholars, but they routinely find they have little-to-no access to them.

To recruit or retain professors, research universities will sometimes promise to cut their course load. Rebecca Blank, the chancellor of the University of Wisconsin, Madison, acknowledged the practice recently in an interview with the Wall Street Journal. According to the article, Blank said that 15% of her professors last year received outside job offers, and as chancellor, she bids against those offers in part by cutting the course loads of researchers so they will stay.

“I am an economist,” Blank said in the interview. “I live in a market.”

At research universities, graduate students and adjunct professors do the majority of teaching. Adjuncts are often part-timers who receive low pay and often no benefits and are not on the tenure track. The percentage of adjuncts now exceeds tenured professors in the nation’s universities.

At some universities even undergraduates are hired to teach other undergrads! A scathing 2013 report written by a group representing thousands of grad students throughout the 10 University of California campuses, noted that undergrads were increasingly leading sections and discussions instead of graduate students.

For more than four decades, according to the Harvard Political Review, Harvard undergrads have led sections, graded assignments and held office hours. You can read about this phenomenon here: 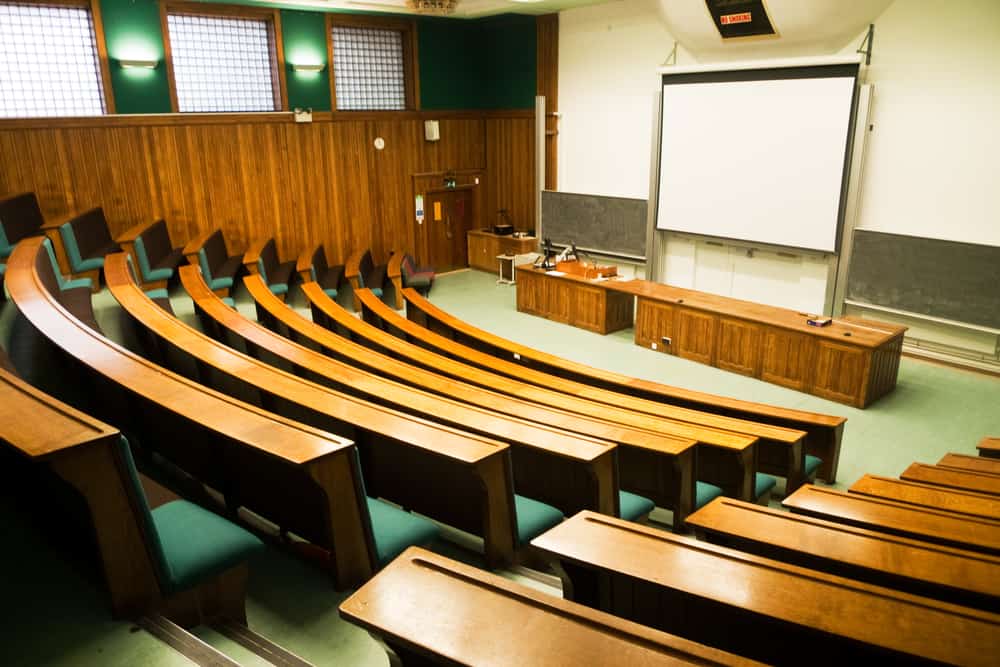 When there are dozens or hundreds of students in many classes, grading assignments and tests can be overwhelming for the graduate students who typically do the scoring. Consequently, there can be few opportunities to earn a top grade. There may be just a mid-term and a final. Having a bad day or studying the wrong material can be disastrous for a student who may have only two chances to ace a class.

When a student is in smaller classes, which are standard at colleges, there can be more opportunity to show what they know. A student may receive a grade based on papers, class participation, extra-credit opportunities, classroom presentation, quizzes and tests. The stakes for any one grading opportunity aren’t as high. It’s also much easier to ask a professor a question when he or she is standing next to you rather than 20 rows away in a lecture hall.

There is a price to pay for tenured professors being largely removed from the academic lives of undergraduates.

Studies have repeatedly shown that undergraduates have a much better experience in college if they have professors who get them excited about learning and if they find mentors. A mentor can help an undergrad not only navigate what can be a bewildering path through college, but can also be incredibly helpful in advising students on graduate and professional school opportunities, as well as providing much-needed recommendations for advanced degrees.

A friend of mine, who is a tenured professor at a prestigious research university, tells me that he gets requests from undergrads hoping to go to medical school who need a recommendation from a science professor. My friend will tell these seniors that he can’t help them because he doesn’t know who they are. After all, he teaches undergrads in lecture halls.

Sometimes the students persist and ask if my friend would get a cup of coffee or lunch to get to know them well enough to write a recommendation. The professor always turns them down. My friend’s son, by the way, graduated from a liberal arts college and he has marveled at the personal attention that his son received from his professors.

Students can also be collateral damage thanks to academia’s embrace of academic freedom, which is a phenomenon that isn’t just 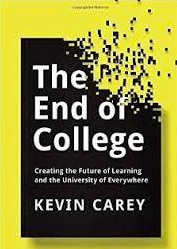 confined to research universities. Here is how Kevin Carey, a highly respected higher-ed commentator, frequent New York Times contributor and the author of a new book, The End of College: Creating the Future of Learning and the University of Everywhere, describe the clash of this professor privileges and student learning:

Under the theory of “academic freedom,” which was originally advanced to shield faculty scholarship and speech from politics and administrative caprice, professors were given wide latitude to design courses however they liked. They did so largely in isolation, with little outside help or supervision. Their teaching was never evaluated by experts. Nobody checked to see how much their student learned compared to other students in similar course.

This reality led to a system where teachers taught what they wanted rather than the institution examining what students should know and designing appropriate courses. The number of schools that require all students to take a core curriculum like Columbia University, University of Chicago, Reed College and St. John’s College have dwindled dramatically.

Shielded by academic freedom, professors also routinely ignore the findings of psychology and cognitive science on how students learn. While some professors have explored methods to improve their teaching, at this point they remain outliers.

Families have not appreciated this bias against undergraduates at universities because there has been little to compare it against. The vast majority of Americans with degrees have graduated from universities as opposed to colleges. At colleges the emphasis is on teaching undergraduates and there usually are no graduates students. Only two or three percent of students earning bachelor’s degrees attend liberal arts colleges. 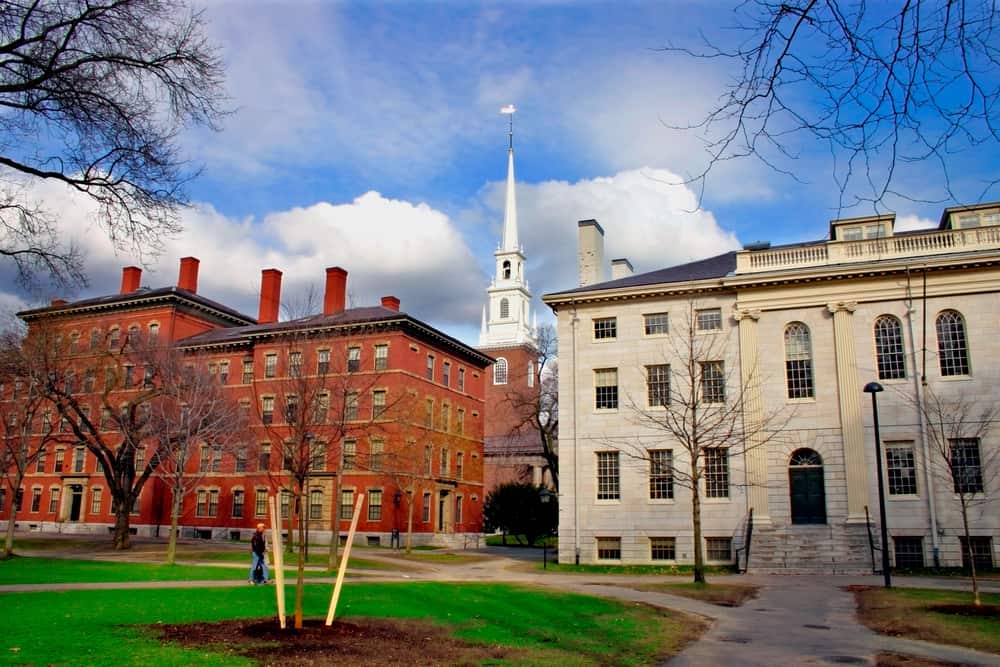 Over the years, there have been some efforts to provide undergrads with a better academic experience, but they have often fizzled. In the first edition of my book, The College Solution, I wrote about one such effort at Harvard that made the front page of The New York Times back in 2007. Here is the article:

The article discussed how a group of professors had banded together to explore how undergraduate education might be improved at the Ivy League school. A professor quoted in the article lamented that some undergraduates, after spending four years at Harvard, didn’t know a single faculty member well enough to ask for a letter of recommendation.

One student, who was interviewed, suggested that undergraduates ought to know that professors are too focused on research to put much effort into what happens in the classroom.

“You’d be stupid if you came to Harvard for the teaching,” a Harvard senior and a Rhodes scholar told The Times’ reporter. “You go to a liberal arts college for teaching. You come to Harvard to be around some of the greatest minds on earth.”

And he had more to say: “I think many people (at Harvard) spend a great deal of their time in large lecture classes, have little direct contact with professors, and are frustrated by poorly trained teaching fellows.”

The efforts by the band of Harvard profs ultimately failed. Many years later, Harvard is embarking once again on exploring ways to help undergraduates.

Research universities occasionally do explore ways to improve teaching, but it’s usually a modest effort. Here is a link to an article in The Chronicle of Higher Education that Carolyn Thomas, the dean for undergraduate education at the University of California, Davis, wrote in March 2015 about the need for universities to pay more attention to teaching quality.

I’m definitely not suggesting that undergrads should avoid all research universities, but I think students who choose this option need to be aware of what the mission of these institutions are. Most students pick universities because they are familiar names. Or they are also attracted to “school spirit,” which usually translates into Division I football and basketball. Or for other superficial reasons that have nothing to do with getting an education.

I would urge families to simply be smarter about their educational choices.

4 Responses to What Is a Research University?