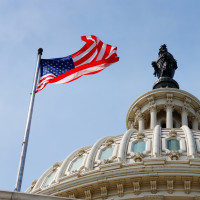 By Lynn O'Shaughnessy on August 5, 2013 in Uncategorized

I thought I’d devote the next couple of blog posts to bringing you up to date on what’s been happening in Congress with federal student loans.

Chances are that you haven’t been keeping up with the latest student-loan developments on Capitol Hill, but a lot happened in July. And, as far as I’m concerned, Congress blew it.

Before I get into the political maneuvering, I want to share some background.

What You Can Borrow

The nation’s most popular college loan is the Stafford Loan. This federal loan is strictly for students who can borrow the following amounts: 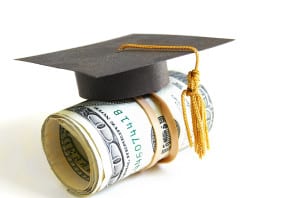 Up until July 1, 2013, these were the two interest rates on the Stafford’s.

The best Stafford is the subsidized version. Students who qualify for a subsidized Stafford Loan don’t have to pay the interest that accrues while they are enrolled in college. The federal government covers this interest until the borrowers graduate or leave school. Borrowers through the unsubsidized Stafford don’t enjoy this deal.

About 70% of subsidized Stafford Loans are awarded to students whose family’s adjusted gross income is less than $50,000 and 24% is awarded to families that make between $50,000 and $100,000 and the rest goes to higher-income households.

Because of the Stafford Loan’s popularity, it was ripe for political maneuvering on both sides of aisle in Congress. 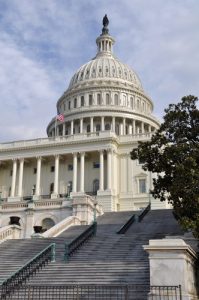 Democrats, when they controlled Congress, successfully passed legislation that gradually reduced the interest rate on the subsidized Stafford until it reached a low of 3.4% in 2011. But the Democrats also scheduled the rate reduction to revert back to 6.8% several months before the 2012 elections.

It sure appears that the Democrats, who didn’t actually want the hike to take place, thought it would be a great political issue to embarrass the Republicans and potentially turn it into a campaign issue.

The Republicans decided that they didn’t want to be portrayed as the bad guys so last summer Congress ultimately froze the rate at 3.4% for one year. This spring the issue reared its head again with alarmist media accounts about the looming Stafford Loan rate hike.

What’s ironic about the media coverage and the political showmanship happening on Capitol Hill is that the rate hike was hardly the most important issue facing college borrowers. Mark Kantrowitz, one of the nation’s leading financial aid experts, and I co-write an op-ed piece in The New York Times last year that detailed why. You can read the op-ed here:

Much Ado About Student Loans

What the media accounts routinely failed to include was that most college loans borrowers would not be impacted by the rate hike. Students who borrowed in previous years would not be effected. And neither would students who relied on unsubsidized Stafford Loans.

When an editor at CBS MoneyWatch asked me to write a story about the looming rate hike this summer, I wrote a post that explained all the student aid issues that were far more important. Here is the post:

6 Reasons To Stop Fixating on the Student Loan Rate Hike

In my next post, I’ll share what Congress recently decided to do to resolve the rate hike issue.

The Congressional move will impact not only Stafford borrowers, but also parent and graduate school borrowers as well. And here’s a spoiler alert, Congress, which congratulated itself for its bipartisan vote, will be making billions of dollars off college borrowers!